Portability and stability are often conflicting goals for kayak designers: Stability is usually attained by increasing the width of the vessel, while portability is generally attained by shrinking the overall size of the craft. But there is at least one kayak on the market – the Vibe Kayaks Skipjack 90 – that provides a very stable ride in a 46-pound package.

You’ll obviously have to make sacrifices in other areas, such as speed, but for anglers who don’t mind taking their time while getting around, the Skipjack 90 may be a great option.

Like most other Vibe Kayaks, the Skipjack 90 is molded from a single piece of polyethylene. It features a small keel to help improve its tracking performance and an upswept bow to help keep you dry when battling swells and choppy waters.

Although this 46-pound kayak is obviously quite light, it is still a durable vessel, which should stand up to years of use. However, it does not come with an included skid plate, which puts the hull at risk in shallow waters. 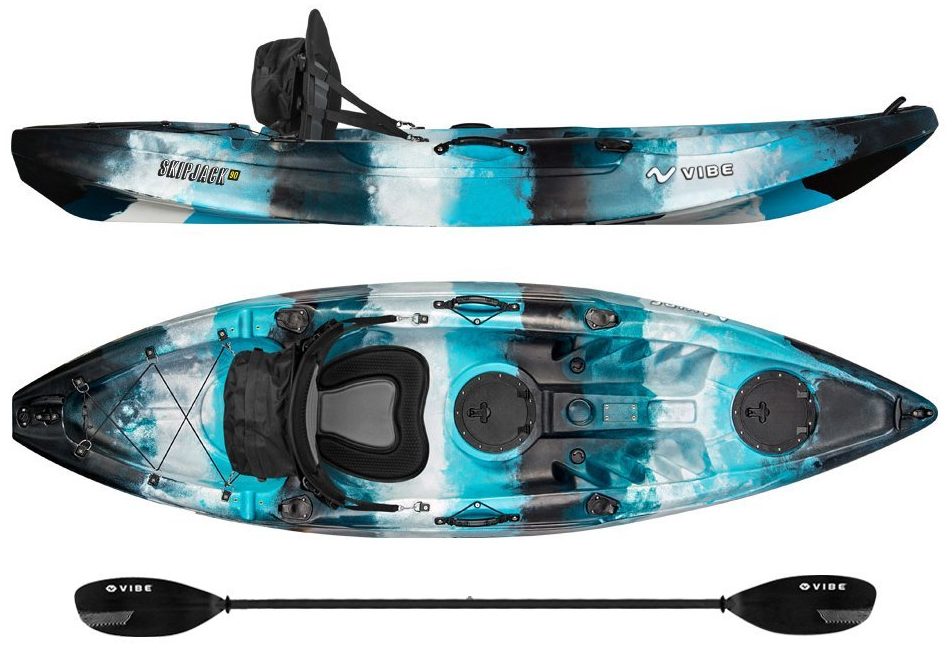 Despite being a rather small kayak, the Skipjack 90 provides a significant amount of storage space – you’d likely run into problems with weight before you run out of space. Two circular hatches (with included liners) are included and positioned directly in front of the seat and at the bow.

A large, bungee-equipped cargo deck is placed at the stern for storing live wells or coolers, and four flush-mounted rod holders are situated around the cockpit. Two bungee paddle parks are included to help keep your hands free for fishing.

The Skipjack 90 is not only portable and light, it is affordable too. But this means you’ll have to forego some of the more luxurious creature comforts provided by more expensive vessels.

In this case, it means you’ll have to settle for a relatively unspectacular seat, which, while adjustable, doesn’t provide the back support many kayakers may require for long trips. Also, because it is only a 9-foot-long kayak, very tall anglers may find the leg room to be a bit tight. 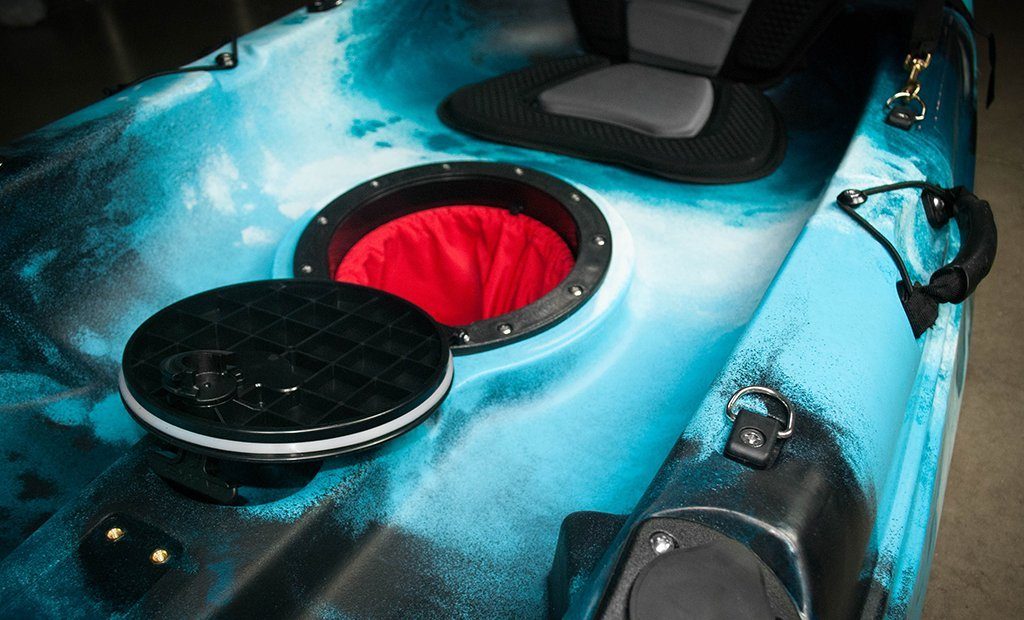 The Skipjack 90 is only 9 feet long, but it is 32 inches wide. This combination of length and width makes the Skipjack 90 remarkably stable for its size. It only has a 300-pound capacity, so large anglers will want to avoid the vessel, but small to medium anglers will surely enjoy the stability it provides.

Many anglers will even find the kayak stable enough to stand up and fish, once they’ve reached their location.

Although you’ll find that the Skipjack 90 can get blown off course rather easily and isn’t the truest-tracking vessel on the water, it is remarkably maneuverable for a kayak that does not come equipped with a rudder. You can turn this vessel around in a remarkably tight area, and it is easy to pilot through crowded waters with ease.

It’s also easy for a single person to carry the Skipjack 90 to and from the water, thanks to its light weight and small size. Four carrying handles are also included to make transporting the craft even easier. 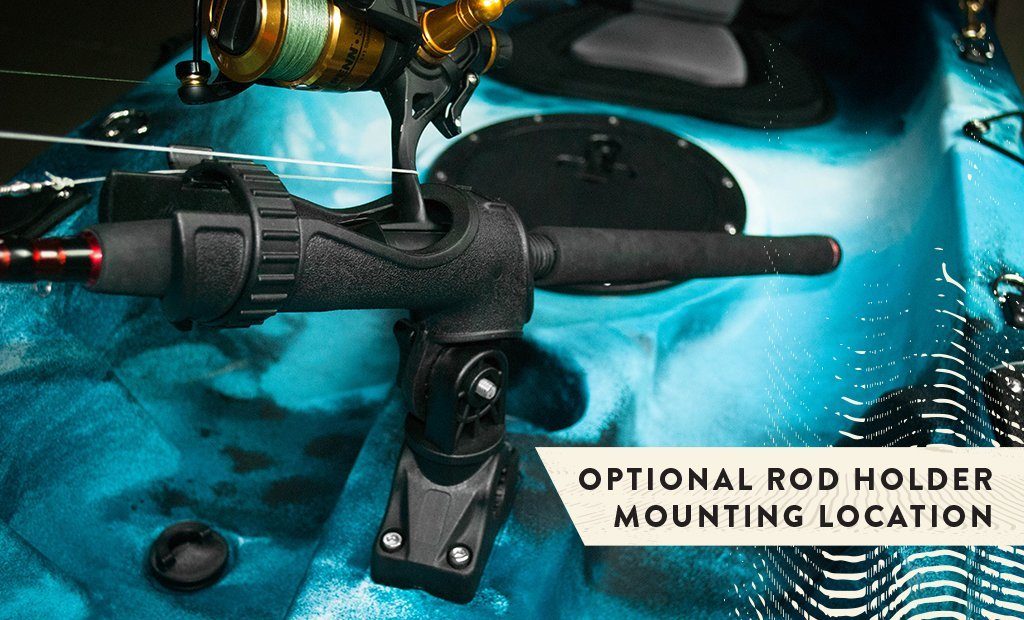 If you want an affordable craft that performs well on the water and is easy to carry around, you’ll be hard-pressed to find a better option than the Skipjack 90. It is easy to turn and pilot, provides a ton of storage space for such a small vessel, and it is one of the most stable 9-foot kayaks available.

It is a well-built and durable craft, which features a built-in keel to help improve its performance on the water. Although the comfort, speed and capacity all leave a little to be desired, you’ll always have to make some sacrifices when shopping at such an affordable price point.