Different anglers want different things in a fishing kayak. Some want the fastest vessel they can find, while others want one that is overflowing in storage space. Some prefer kayaks that are very light and portable, while others want kayaks that track as though they’re on a rail. But one thing that almost all anglers seek in kayaks is stability.

Nobody wants to take a spill and wind up in the water, and some anglers like to stand up while fishing. If stability is at the top of your priority list, you’ll definitely want to check out Vibe Kayak’s Sea Ghost 130, as it is one of the most stable kayaks available.

The Sea Ghost 130 is an extremely well-built craft, particularly for its price point. The 13-foot-long, 33-inch-wide vessel is rotomolded from a single piece of polyethylene plastic and designed with a built-in keep to improve tracking performance and handling.

Additionally, the Sea Ghost 130 features a removable skid plate, to help keep your hull in pristine condition – even when paddling through shallow water.

The Sea Ghost 130 provides several places to store your gear, tackle and equipment. Two storage hatches (with included storage bags) are provided – one located at the bow, the other right behind the seat. A large center console is provided in the cockpit, and the console lid provides several accessory mounting points, so you can add electronics or additional rod holders to the craft.

A large, flat cargo area is situated at the stern; it is equipped with bungee cords to help ensure your gear remains secure while you’re paddling.  Two flush-mounted rod holders are situated behind the seat and three paddle parks are provided to keep your hands free for fishing. 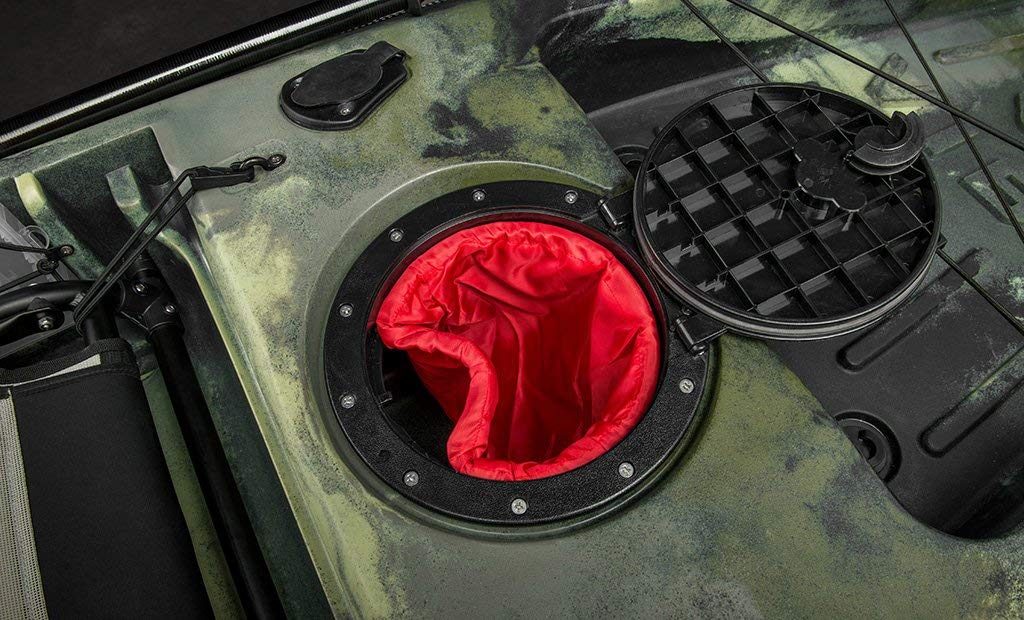 The Sea Ghost 130 provide a relatively comfortable ride. It provides plenty of legroom and features adjustable foot braces, so you can customize the craft for your body.

The adjustable seat is comfortable during even extended rides, and it can be switched easily between two different positions. And while it does not provide a dedicated standing platform, it clearly offers enough space for your feet when you stand up. 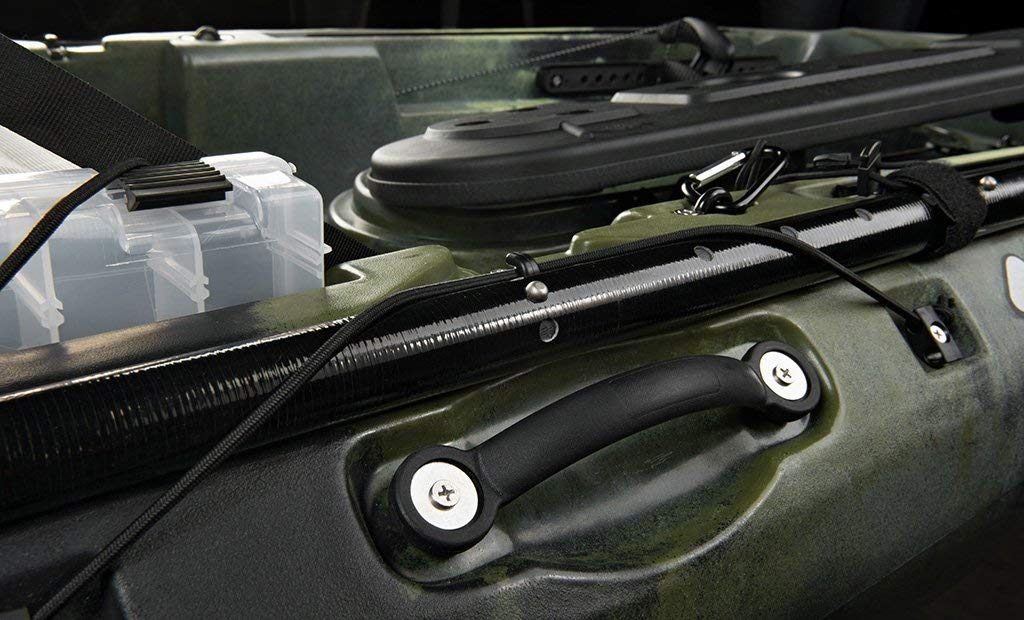 As mentioned at the outset, the Sea Ghost 130 is incredibly stable. It possesses a 33-inch-wide beam, which means you’ll never have to worry about flipping. Many anglers will find that it is even stable enough to stand up and battle fish when the need arises.

The craft is also quite buoyant and boasts a 550-pound capacity, which means that most anglers – even the largest among us – will be able to bring along tons of gear. 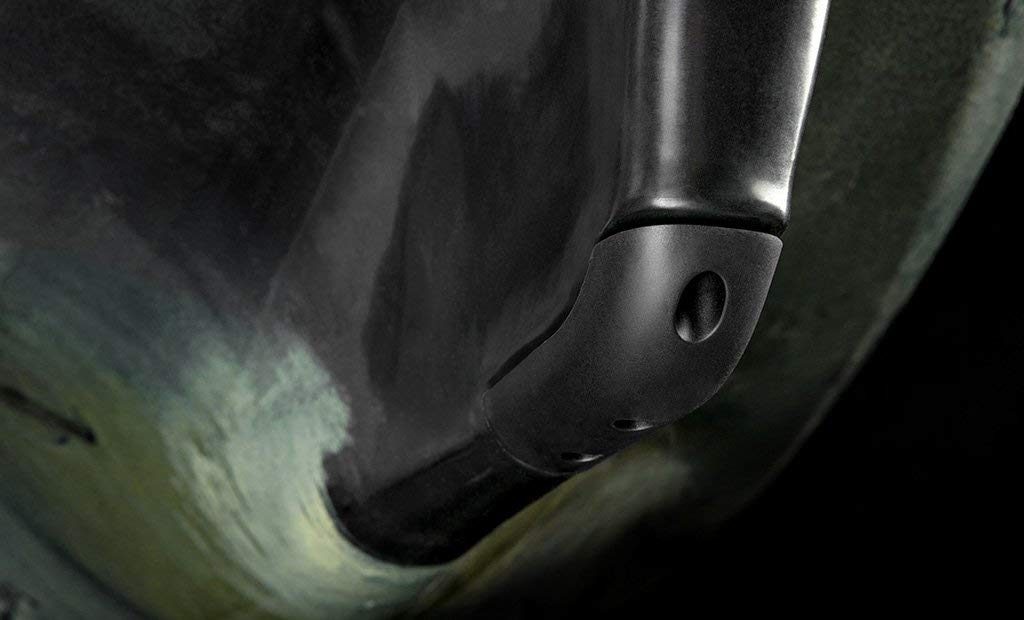 While stability may be the Sea Ghost 130’s calling card, it is also a very maneuverable craft. It comes equipped with a toe-controlled rudder system, which means its easy to stay on course when crossing large stretches or turn on a dime in tight spaces.

It is a bit heavy at 75 pounds, so it isn’t the most portable craft away from the water, but it does come with carrying handles, which make it a bit easier to carry to and from the water. 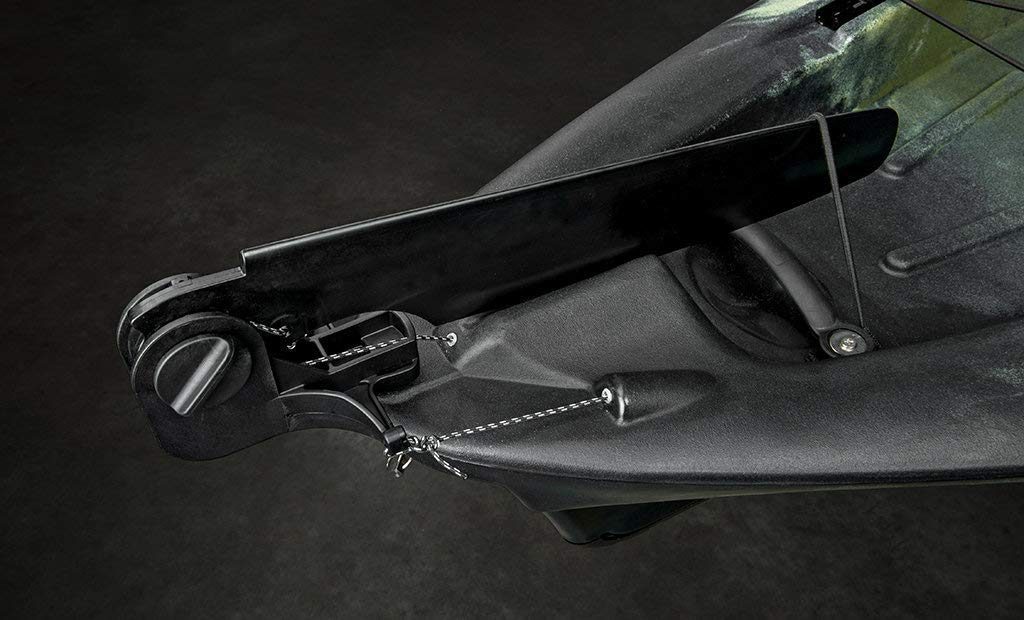 Plainly stated, the Vibe Kayaks Sea Ghost 130 is a very high-quality vessel, that should suit most anglers well. It’s actually pretty remarkable that the Sea Ghost 130 is so affordably priced – you’d usually have to spend 50% to 100% more money to obtain a kayak of this quality.

It is one of the most stable kayaks on the water, which will allow you to stand while fishing or battle even the biggest fish with confidence. It comes equipped with a rudder and built-in keel to provide remarkably good handling and performance, and it is equipped with a generous amount of storage space.