After spending a few seasons using a paddle to get around lakes and rivers, many kayaking anglers are keen to upgrade to a pedal-powered vessel. But while there are several pedal-powered kayaks on the market, you’ll have to spend quite a bit more money on this type of vessel than you would most entry-level kayaks, which lack such propulsion devices.

The Pescador Pilot is an exquisitely designed and constructed craft that exudes quality. This one-piece, roto-molded kayak is made from tough and durable high-density polyethylene, which will not only resist scratches and dents but UV rays too.

The hardware is all made from stainless steel or brass that has been salt-water optimized so that it will resist corrosion and a removable skid plate is attached to the bottom to protect the hull from rocks and gravel during launch.

There are several storage areas designed into the Pescador Pilot to accommodate all of your fishing gear. Two small compartments are placed right in front of the pedals, and two tackle box slots can be found on the sides of the seat.

Large open storage areas are included at the front and rear of the craft for carrying coolers and similar items, and the forward-situated area is covered by an easily removable stretch mesh cover. Additional storage space is found beneath the seat, and four fishing rod holders are situated at the rear of the vessel. 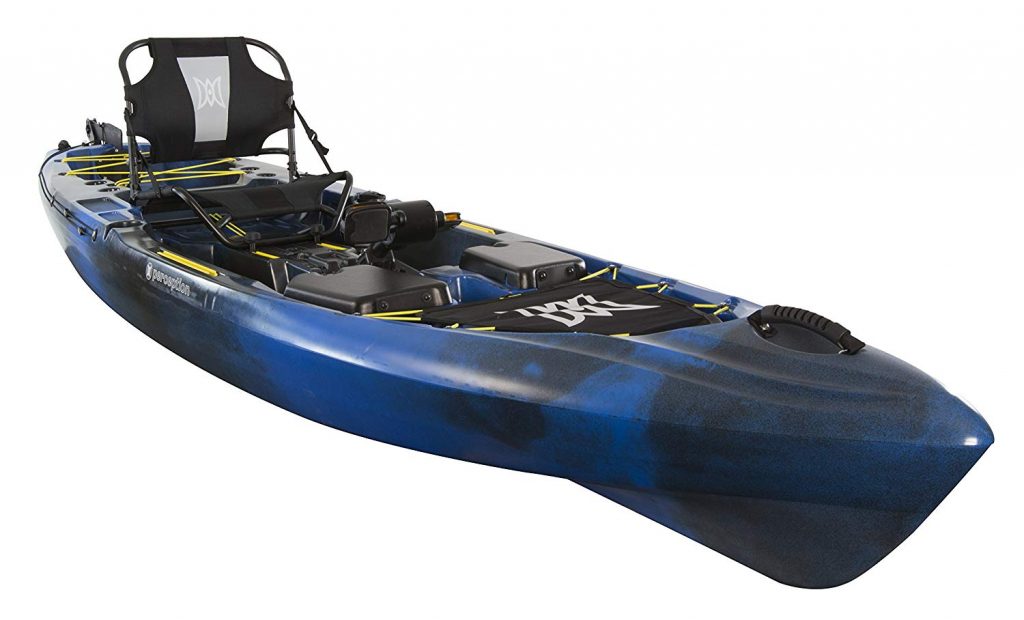 The Pescador Pilot provides a very comfortable ride, thanks in part to the spacious cockpit and the high-quality, mesh-backed captain’s chair that provides plenty of airflow for your back. Front and back chair adjustments allow you to tweak the seat on the fly so that you don’t have to pull off to the shore to remain comfortable during extended fishing trips.

The chair is designed to work hand-in-glove with the pedal drive system, as it can be tilted back to allow for relaxed pedaling or leaned forward to help you pump your legs more quickly.

The Pescador Pilot’s sit-on-top design provides great stability and enables you to stay drier than most comparable kayaks. This will allow you to fish with confidence, even in rough or choppy water.

It is easy to enter and exit the Pescador Pilot with ease, and the boat provides enough stability to allow you to stand up while fishing if you like. The Pescador Pilot also features built-in buoyancy, which also helps improve the craft’s stability. 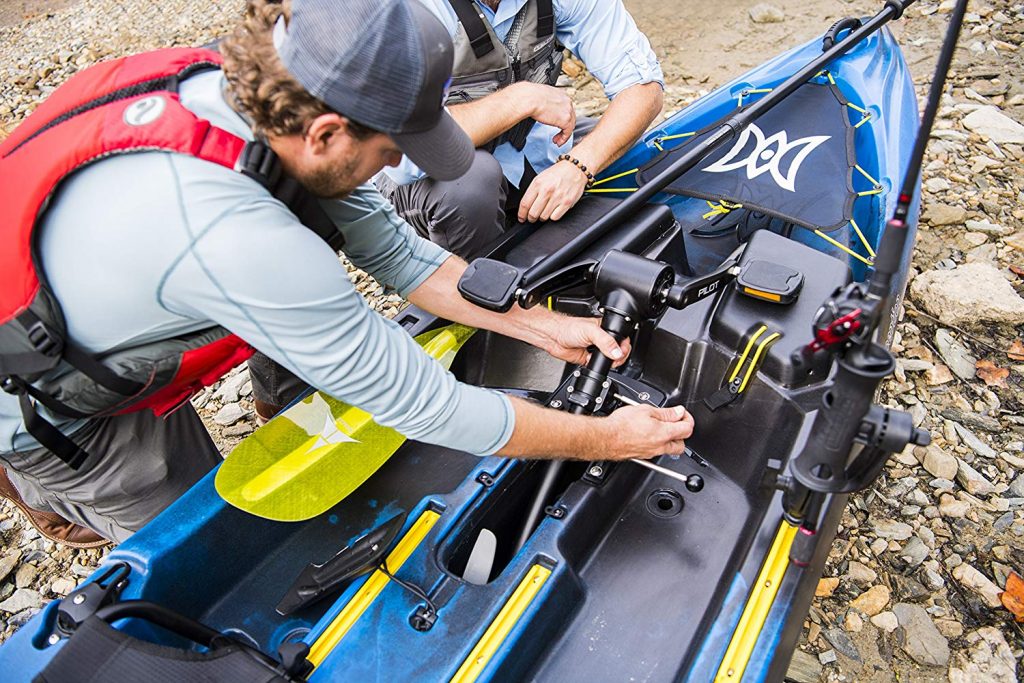 Designed to handle like a dream on the water, the Pescador Pilot is a sleek and speedy craft, which cuts through the water with ease. The included Pilot Drive propulsion system is one of the kayak’s most impressive features, and it allows to reach and maintain high speeds with ease.

The vessel tracks well and enables you to travel in ruler-straight lines while crossing vast stretches of water, but it can also make hairpin turns, thanks to the one-handed rudder control, which rotates a full 360 degrees.

One of the most affordable pedal-powered fishing kayaks on the market, the Pescador Pilot deserves serious consideration from anglers who want a kayak that is easy to propel through the water, yet won’t break the bank. The Pilot embodies just about everything you’d want in a mid-tier kayak: It tracks well, covers water quickly and floats high on the water, thanks to the built-in buoyancy.

It also has plenty of features that will make life easier for anglers, including multiple rod holders and an abundance of storage space. It provides a supremely stable ride that gives anglers a chance to stand up and fish, and it keeps you drier than most sit-on-top kayaks will. The Pescador Pilot deserves serious consideration by anglers who want to dip their toe into the pedal-powered kayak market.