It is often difficult to find a small kayak that still includes all of the bells and whistles modern anglers demand, such as pedal-driven propulsion systems, high-quality, fully adjustable seats and premium storage compartments. But just because these types of kayaks aren’t easy to find, doesn’t mean it is impossible to do so.

In fact, the Native Watercraft Slayer Propel 10 provides all of these things and more, while still measuring only 10 feet in length.

The Slayer Propel 10 – like all other Native Watercraft kayaks – is remarkably well-built. It features a modified tunnel-style hull, sharp bow entry and rudder-protecting keel to ensure it tracks well, provides plenty of stability and handles like a dream. The overall hull design is a bit unusual, in that the back of the craft is flat.

This helps keep the weight down and improve the craft’s stability even further. However, no skid plate is included, so you’ll need to use care when traveling through shallow waters. 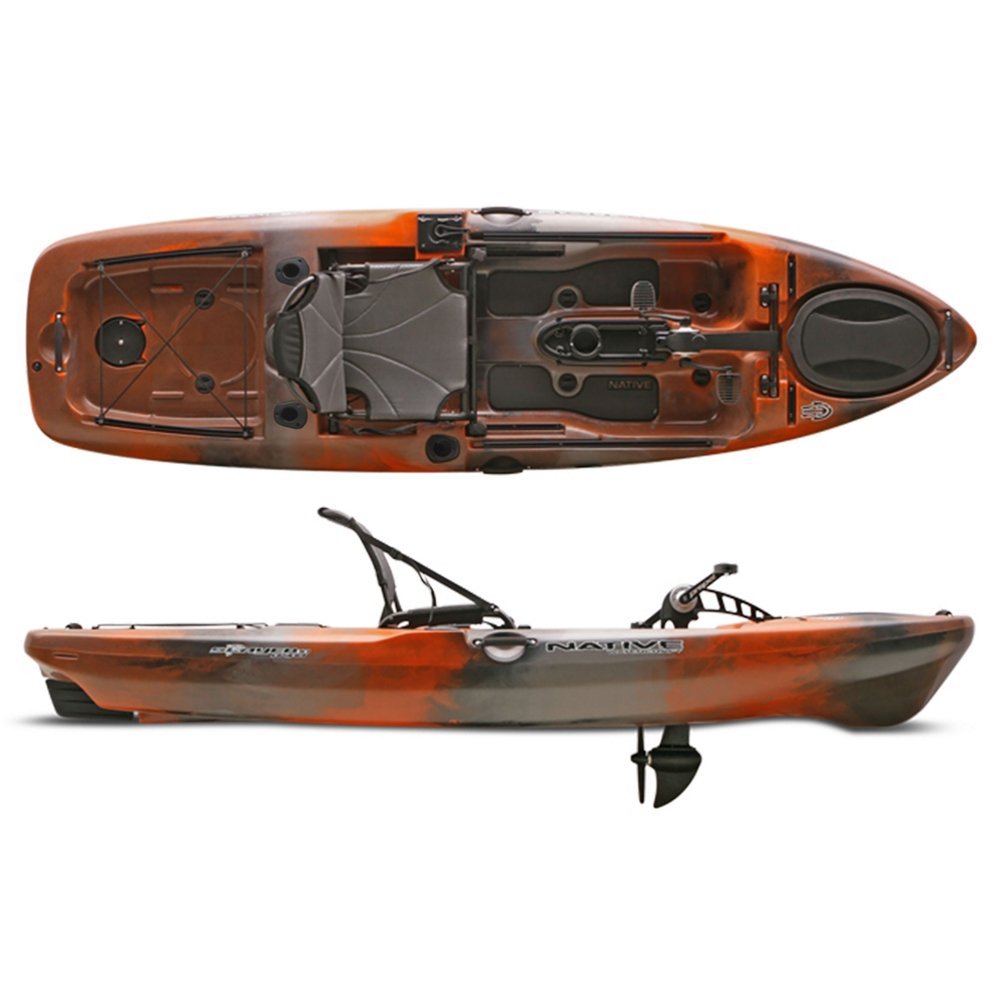 You’ll often have to sacrifice some storage space when opting for a small kayak, but that’s not the case with the Slayer Propel 10. A huge, 17-inch storage compartment is provided at the bow, while a 5-inch compartment is provided at the stern. A large cargo area is located behind the seat and comes with bungee cords to keep your live well or cooler secure, and three flush-mount rod holders are placed around the cockpit.

However, the most impressive storage areas provided by the Slayer Propel 10 are undoubtedly the numerous accessory rails, which allow you to mount additional rod holders, electronics mounting brackets and other accessories.

Despite being only 10 feet long, the Slayer Propel 10 features a roomy cockpit, which most anglers will find very comfortable. The first-class seat is not only fully adjustable but can be slid back and forth to provide the perfect distance from the pedals.

Additionally, premium deck padding is provided to ensure your feet remain comfortable while you are standing. 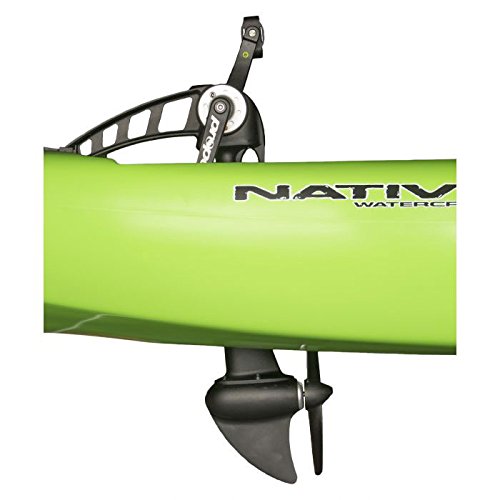 The Slayer Propel 10 is quite stable, especially for a 10-foot-long kayak. At 34-inches-wide, it is not only stable enough to take swells and choppy waters in stride, it even allows anglers to stand when fishing. And perhaps most impressively for such a small kayak, the Slayer Propel 10 boasts a 400-pound capacity, which means you’ll probably be able to take all of the gear you’d like when heading out in the water.

This stability does come at the expense of speed, but the included pedal-drive system helps to make up for that (according to the manufacturer, speeds of 3.5 miles per hour are easy to attain).

Like most other pedal-driven models in the Native Watercraft lineup, the Slayer Propel 10 is quite maneuverable. The included propeller-drive works in both forward and reverse, and the rudder-system (which is controlled via a lever on the left side of the cockpit) makes it easy to keep the kayak on course.

It also features a keel at the stern and bow, which helps ensure the boat tracks well and holds a true course over long distances. And because it only weighs 62 pounds (before mounting the pedal drive) and comes with four carrying handles, the Slayer Propel 10 is a breeze to carry down to the water.

Anglers may want a small craft for a variety of reasons. They may want a kayak that’s easy to transport, or they may prioritize maneuverability and the ability to penetrate dense vegetation and navigate narrow passages. Some anglers may merely be on the small side and want a vessel that matches their stature. But these anglers are rarely willing to forego high-end features when selecting their kayak.

Fortunately, the Slayer Propel 10 is a great craft for such anglers, as it is relatively small, yet also packed with helpful features and intelligent design concepts. It is easy to maneuver, thanks to the pedal-drive system and included rudder, it is stable enough to permit standing, and it is very lightweight, which makes transporting the kayak easy.