Not everyone has thousands of dollars to spend on a new kayak. This forces many anglers to purchase kayaks that may not possess all of the latest features and creature comforts they want. However, while it is perfectly acceptable to sacrifice features and components you may not need to stay within your budget, you’ll still need to select a vessel that works well on the water.

The Lifetime  Tamarack Angler 100 is a good option for anglers in such cases, as it provides plenty of performance while leaving out most unnecessary (and cost-inflating) features. 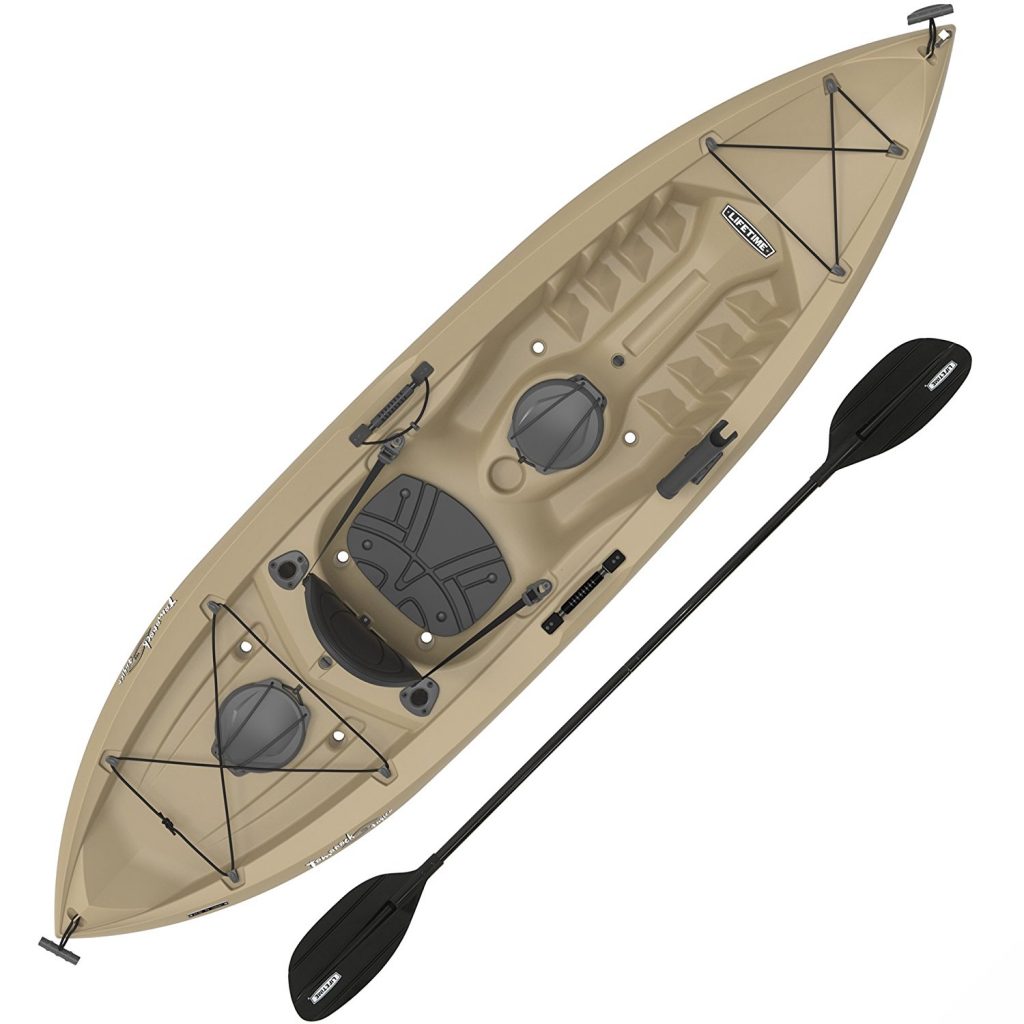 Despite being a relatively affordable kayak, the Tamarack Angler kayak review shows it is still a well-designed craft. It is made from UV-protected, high-density polyethylene, which ensures that it is strong, rigid and durable, while still being relatively lightweight.

It features both deep hull channels and chine rails to ensure a stable ride, and its 275-pound capacity is pretty impressive for such a small vessel. Some anglers who tried the Tamarack Angler 100 did, however, complain that the rivet holes in the bottom of the craft allowed water to seep in. 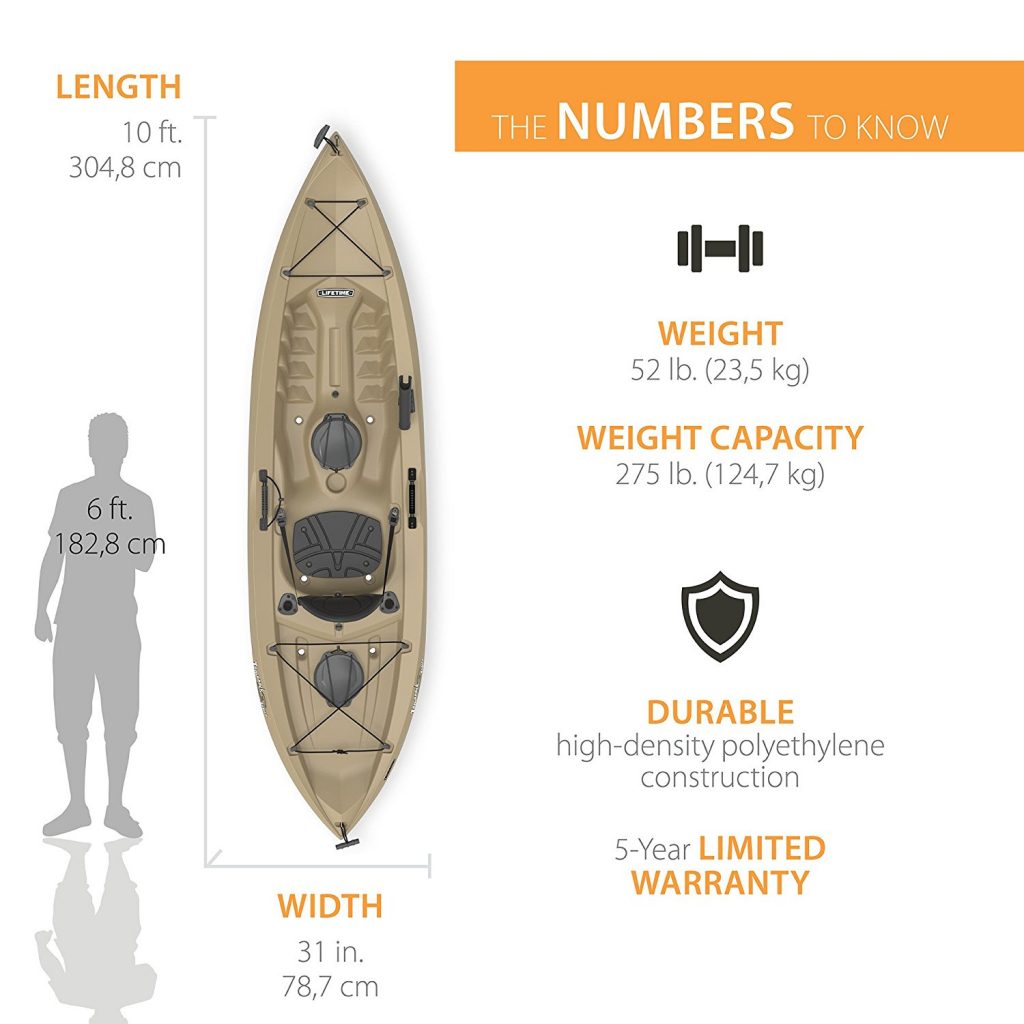 During the Tamarack angler kayak review, we noticed it doesn’t come with a lot of bells and whistles, it still provides a pretty generous amount of storage space for a craft this size and price. Two round compartments are provided and give you places to store tackle and small tools. One is located directly in front of the seat, while the other is located in the stern.

A large storage deck is located at the stern, while a smaller one is located at the bow. Both feature bungee cords to keep your cooler or live well secure. The Tamarack Angler 100 also provides three different rod holders, including two flush-mount holders located behind the seat and a single articulating rod holder located on the starboard side of the cockpit. 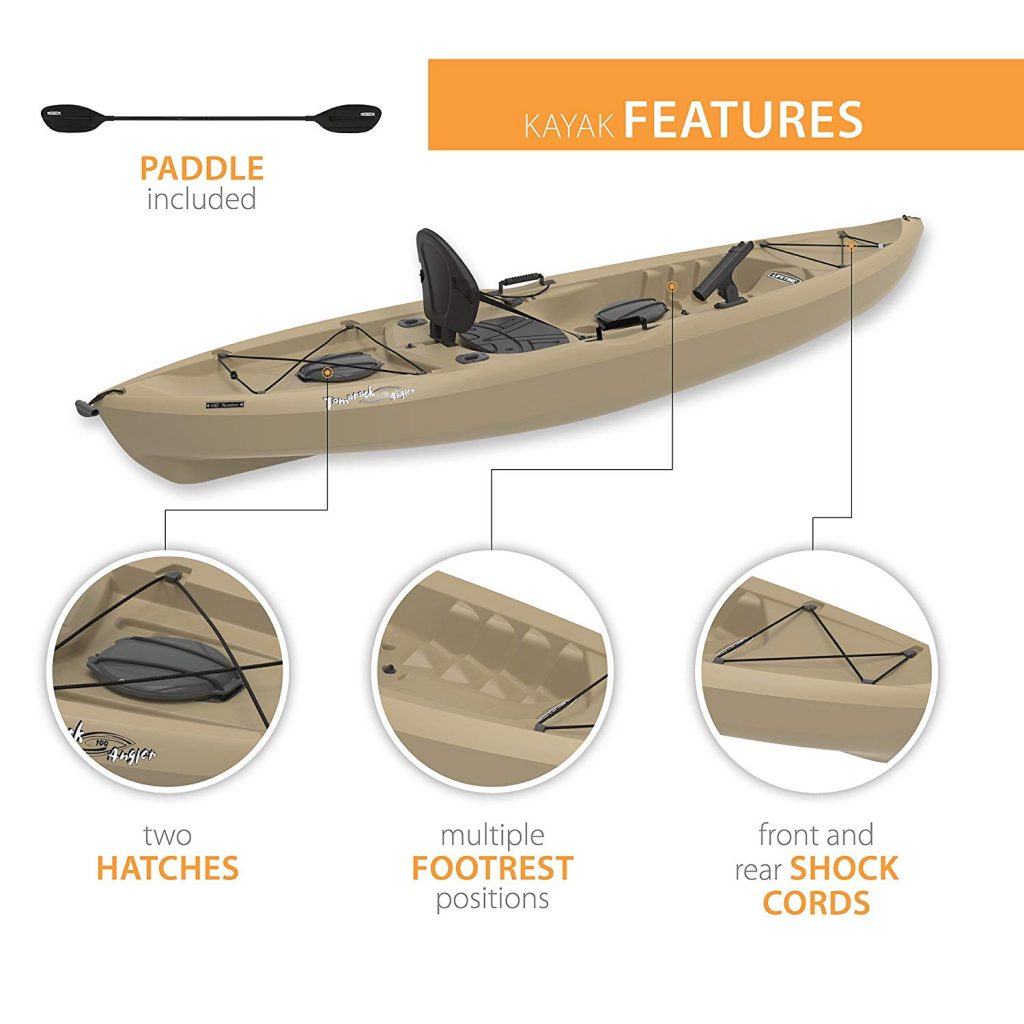 Comfort is one of the places where the Tamarack Angler 100 cuts a few corners to keep the price low. The two-part seat features an adjustable back, but several anglers complained that it was not very comfortable. Additionally, the seat would fold back over the support strap in some positions.

The Tamarack Angler 100 does feature a relatively roomy cockpit for its size, and it comes with several foot wells to allow you to achieve a comfortable paddling position.

Most anglers who tried the Tamarack Angler 100 found that it was much more stable than they’d have anticipated. Several anglers even reported standing comfortably while fishing, although there isn’t a ton of room to move around while doing so.

Most of this stability is the result of the chine rails, but at 31-inches-wide, the Muskie 120 has a larger beam than most similarly sized kayaks. 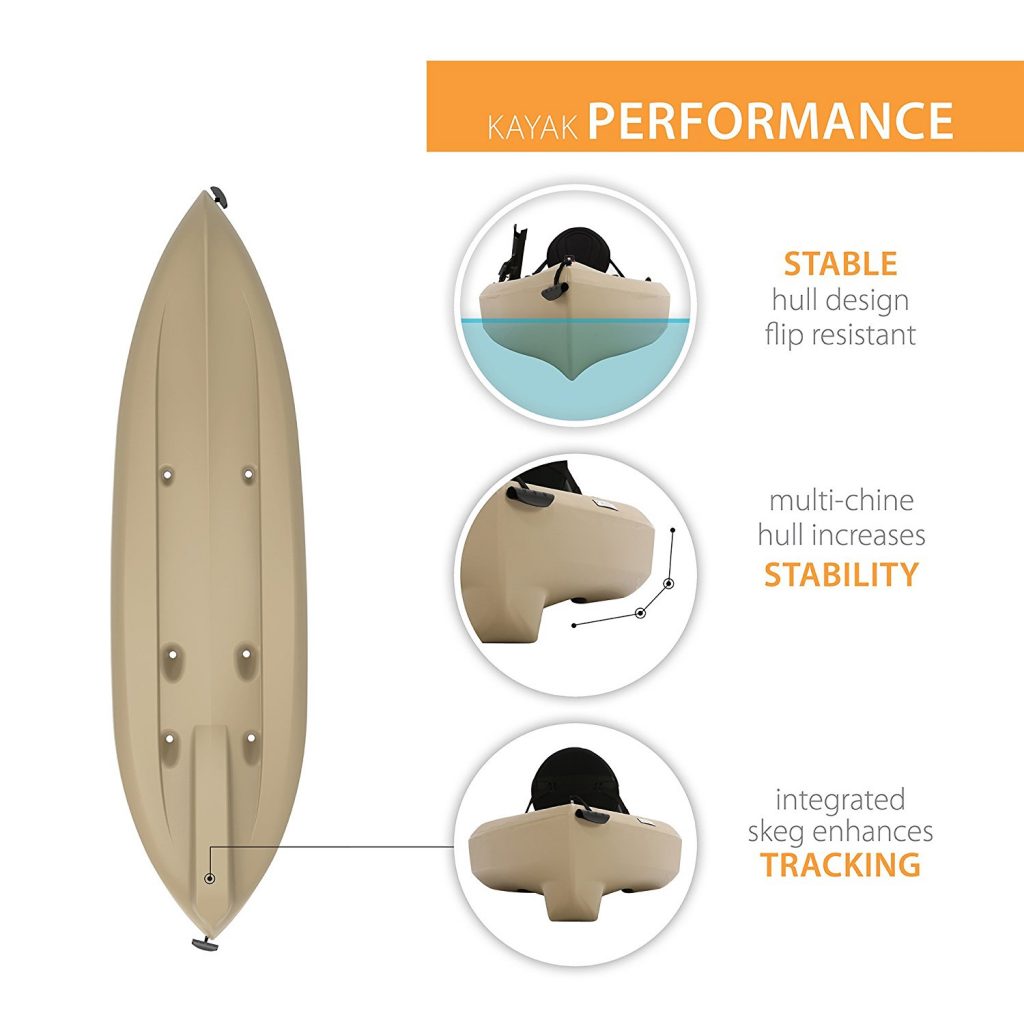 Measuring only 10 feet long, the Tamarack Angler 100 is pretty maneuverable and easy to pilot around crowded shoreline waters. It turns on a dime, and most anglers reported that it tracked very well for such a small, lightweight vessel.

Four carrying handles are included with the kayak (one at the bow, one at the stern and one on each side of the cockpit) to make it easy to carry. And because this vessel only weighs about 50 pounds, most anglers will find it easy to carry without help.

Throughout the Tamarack angler kayak review, it isn’t a great choice for anglers who want tons of storage space or a fancy pedal-drive system. But it is a great option for those anglers who are seeking a durable and capable craft, which is still quite affordable. It is surprisingly stable for its size, and anglers with good balance may find it stable enough to stand up while fishing.

It tracks relatively well and is easy to pilot, and thanks to its lightweight and included carrying handles, it is a breeze to carry around. It does leave a little to be desired in the comfort category, but this is an acceptable sacrifice for such an otherwise-impressive vessel. Anglers with tight budgets will be well served by this kayak and should give it serious consideration.