Tandem kayaks are often popular with families and those who like to fish with a partner, but most kayaks capable of carrying two or three people are rather pricey. However, there are a few affordably priced tandem kayaks on the market, such as the Lifetime Sport Fisher Tandem.

Despite its relatively reasonable price tag, the Sport Fisher Tandem is a durable and well-designed kayak that performs adequately on the water. It’s also a pretty flexible kayak, which can be used by a single paddler or a pair. 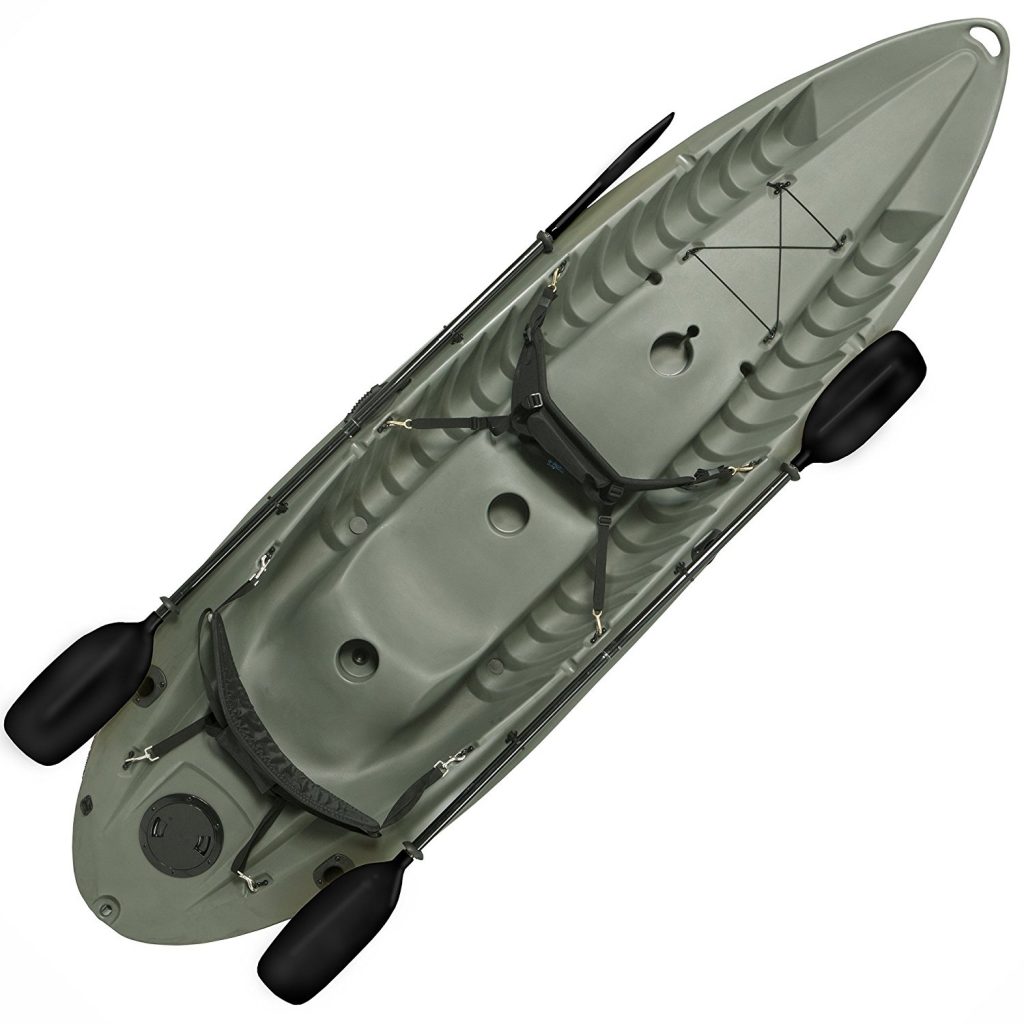 The Lifetime Sport Fisher Tandem kayak exhibits the type of build quality you’d expect at this price point, which is to say that the vessel is fairly well-built, yet it does have a few weaknesses. The kayak is made from UV-protected low-density rotationally molded polyethylene (LLDPE), so it is fairly durable and light.

The Sports Fisher Tandem has some storage space, but it certainly won’t overwhelm you with places to store gear and tackle. A single compartment is available at the stern, yet because the compartment opens to the entire internal space of the hull, things can slide into inaccessible areas. 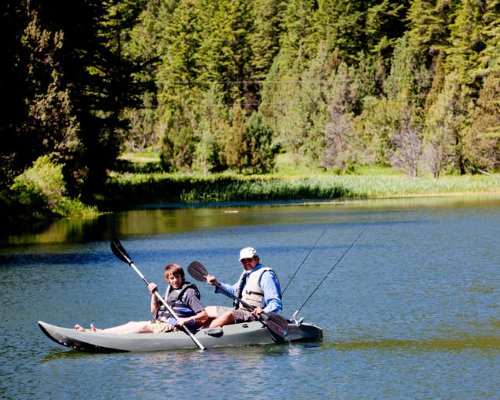 The Sport Fisher Tandem includes two seats, each of which features an adjustable seat back. While some anglers found the seats to be substandard and relatively uncomfortable, they are situated on elevated portions of the cockpit, which helps to provide a dry ride. Plenty of foot wells are included to ensure that you can achieve a suitable paddling position, and the overall cockpit is fairly roomy.

However, no knee pads are included, which is slightly disappointing, as they wouldn’t raise the cost very much but would significantly improve the quality of the ride. 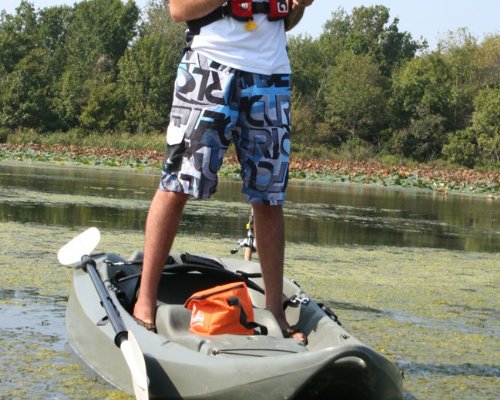 Most affordably priced kayaks fail to provide an impressive degree of stability, but the Sport Fisher Tandem bucks this trend. Most anglers who tried it found that it was capable of handling moderately choppy waters with ease, and some anglers even felt comfortable standing up while fishing (there is not, however, a lot of room for your feet).

The Sport Fisher Tandem also boasts a 500-pound weight capacity, which will allow small- to medium-sized anglers bring along plenty of equipment. But it may restrict the amount of tackle large anglers can carry.

This means you won’t have to spend excessive lengths of time traveling from one fishing spot to the next. And because it only weighs 60 pounds and comes equipped with carrying handles at the bow, stern and on each side of the cockpit, it is very easy to carry – even without a friend’s help. 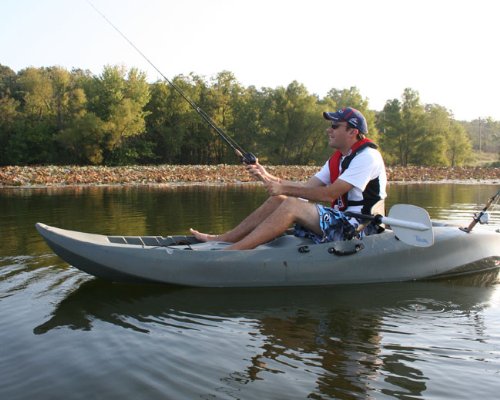 If you are in the market for a budget-priced tandem-style kayak that still performs admirably on the water, the Lifetime Sport Fisher Tandem is a very attractive option. The hull is well-designed, although a few anglers found that water would penetrate some of the rivets, and the high-and-dry seating system helps ensure you won’t get soaked while paddling around. It provides plenty of footwells, so it is pretty comfortable to paddle, and it is also more stable than you’d expect.

You may even be comfortable standing while you fish if you can find a place to put your feet. Finally, because this kayak is so light, it is easy to carry, load and launch even if you are by yourself. This isn’t the best kayak on the market, but it certainly deserves consideration from those with a tight budget.