Kayaking and fishing are both great family activities, but few kayaks are built to carry more than two people. This makes it hard to combine both activities into a single adventure. But there are a few kayaks that can accommodate three people. Find out everything you need to know in this BKC UH-TK219 review.

At 12-foot-long, 34-inch-wide craft, the BKC UH-TK219 is roomy, yet maneuverable; and it is still easy to carry – even by a single person. Additionally, the BKC UH-TK219 comes with a number of angler-friendly features, including both rod and paddle rests, which will help improve your chances of catching more fish.

The Brooklyn Kayak Company’s UH-TK219 is a robustly built craft that is built to last. Designed to accommodate up to three anglers, the UH-TK219 has a 440-pound capacity, yet only weighs 70 pounds. But that doesn’t mean this kayak is flimsy – far from it. 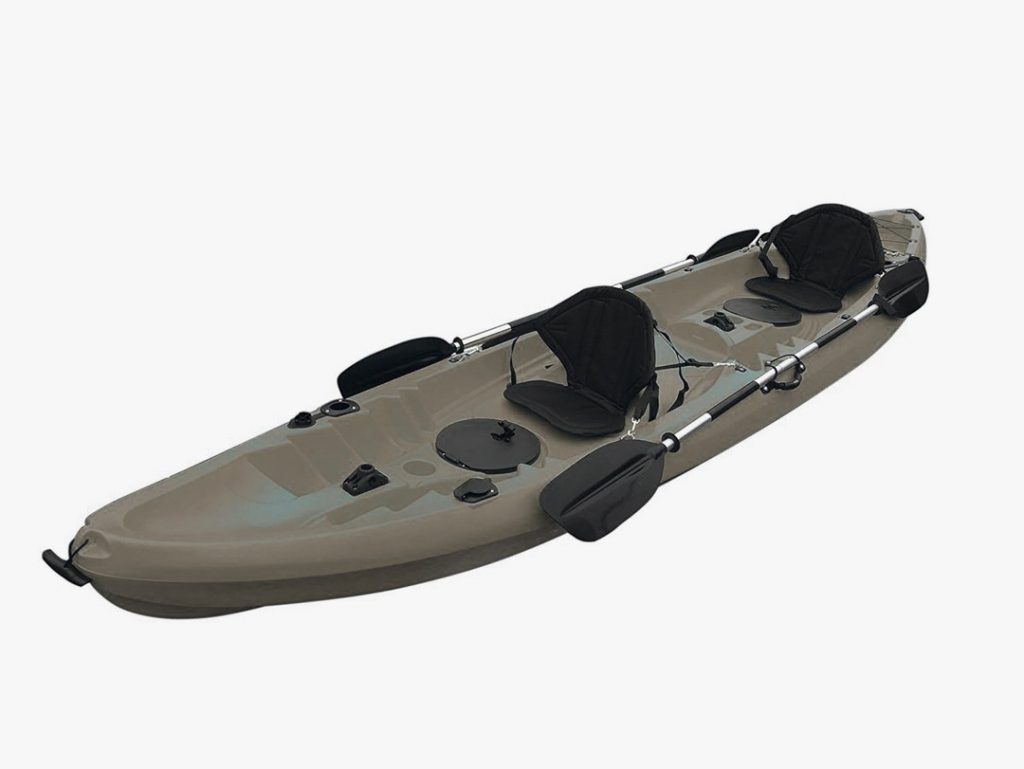 The UH-TK219 provides anglers with several different places to store their gear. Two watertight storage compartments with twist-lock lids are included with the UH-TK219 – one is positioned at the front of the craft, the other located at the rear. The UH-TK219 also features a bungee-equipped cargo area, located at the stern of the kayak, which is perfect for coolers, backpacks, small bait tanks and similar items.

The craft also comes with six rod holders, including two articulating holders and four flush-mounted holders. Two paddle rests are also included to keep your paddles securely attached when your hands are busy reeling in fish.

The UH-TK219 provides a reasonably comfortable ride for anglers. The seats don’t provide as much comfort as many other crafts do, and a few anglers complained that the seats moved easily while paddling. However, the seats can be adjusted, and they are easy to remove if you’d prefer to sit directly on the deck.

While this kayak is designed for three passengers, it really only provides a comfortable ride for two – the third passenger will have to sit on a molded section between the other two riders. A child will likely find this comfortable enough, but few adults are likely to enjoy sitting in this manner.

The UH-TK219 is a relatively stable craft, thanks in part to its wide beam. It is designed to remain stable while fishing in all types of water conditions and keep you upright in even the choppiest waters.

Part of the craft’s stability comes from the inclusion of several deep channels in the hull. But while this is largely a stable craft that will suit the needs of most anglers, it probably isn’t stable enough to permit standing, although brave souls may wish to try. Nevertheless, the kayak is easy to enter and exit without fear of tipping. 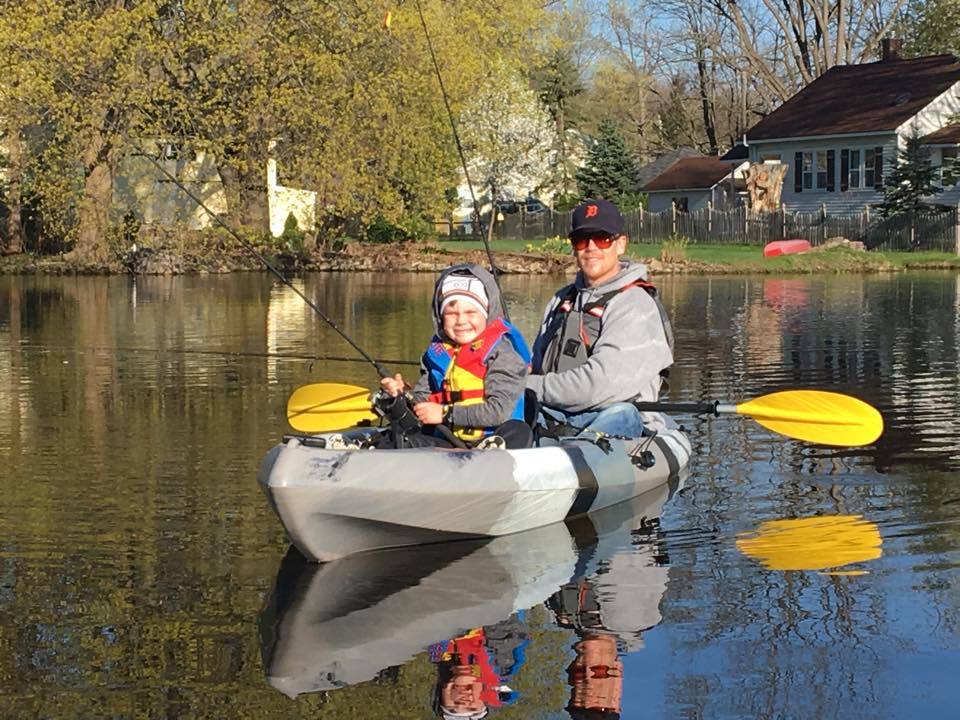 While the UH-TK219 will never be confused with a high-performance, super-nimble kayak, but it is a relatively maneuverable craft, despite being large enough to accommodate 3 riders. It isn’t the best choice for anglers who like to probe every nook and cranny of their local lake, but for those who are content to hang out in relatively open spaces, it is perfectly suitable for the task.

It doesn’t feature a keel or rudder of any kind, but it still tracks reasonably well. The craft comes with four handles (one on each side and a single handle at the bow and stern), to make it easier to carry.

The UH-TK219 lacks some of the features found in high-end fishing kayaks, but it is still a well-built and well-designed kayak that would suit most anglers well. The UH-TK219 is sturdy and strong enough to last for years, yet still light enough to be carried by one person.

It comes with plenty of storage space, has an impressive capacity and provides enough room for three. It isn’t a great option for kayakers who wish to stand, and its stability and maneuverability leave a little room for improvement, but for those who value capacity and value, it deserves serious consideration.